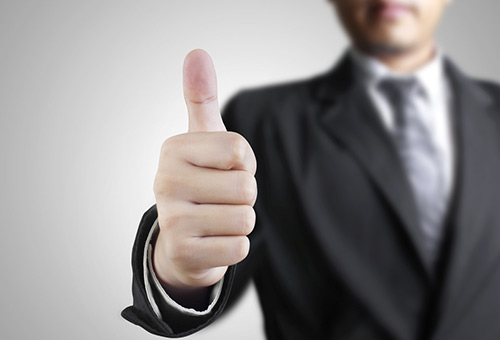 If you need to earnestly look for a job as someone in, around, or above the six-figure mark a few things may have changed for you in the last several years. Did you know that in most industries and markets there has been a recession? Some called this the Great Recession. Are we in it or out of it? At this moment we look squarely in the eyes of new leadership in Washington, DC regardless of who the CEO elected or re-elected as President may be. What can we expect in the next four years? I really do not have predictions here; however, I can bring to you several career, personal branding and job search oriented myths worth knowing then quickly avoiding as you look at the next four years. Choose to think differently about your career then you did in the last four years. Of course I can read everything through the career lens and I guess I do. Here are a couple of nuggets I thought about this week from a young athlete and a wise billionaire.

Jordy Nelson – Just because you have a career, a title and a strong income doesnt mean it will always be there. Expect the next four years to usher in lots of change and even faster changes in corporations. One way to think properly is to think like a smart NFL player. In other words think like a top NFL player or anyone who lives in the present. I heard a football player interviewed on ESPN radio the other night. The interviewer said to this kid, yes kid, something like this as I remember: “Jordy, going from basically a walk on in college to being on the receiving end of one of the best quarterbacks in the NFL, do you ever look back at the Super Bowl win and your accomplishments and say wow?” It was funny because there was a delay on the other end and the interviewer was waiting for Jordy Nelson of the Green Bay Packers to reply. “I guess his cell went out. We’ll try to get Jordy back on the line.” After a few more seconds Jordy got back on the other end of the phone. The interviewer asked him the question again and Jordy said: ” I just live for the moment in this league. I mean according to experts I shouldn’t even be here and I started as a defensive back. Anything can happen to end or change your career on any one play. I may read my press clippings later but I am just trying to be the best I can be for Aaron Rodgers and the Green Bay Packers and of course my friends, family, coaches and myself.” To me this lesson to top performing executives is clear. Work like it’s your last day and work like you don’t have it made for years and years. Continue to earn your next opportunity while your in your current opportunity. You may not have to deal with a 269 pound lineman running a 4.5 second 40 into you but you might. Be ready for any career storm.

Warren Buffett – So many clients I see in my office never expected the “hit” of losing their job to hit them. But it happened. Some people who have left there position learned about a buyout and had two weeks to prepare to be gone. I just saw that happen recently where Berkshire Hathaway bought a company. The word at the company was when Buffet buys you you better start looking for a job. According to my client Warren Buffett likes “to bring in his own people to run companies, not always, but almost always.” So the person knew that despite their own top, executive performance it would be time to go. Instead of “hanging on” to the position my client hired us and we went to work to find the next executive opportunity. Indirectly I feel like Warren Buffett’s advice is that even if you are a top performer you may have a job and even if you are a top performer I may want to bring in my team. My team fits better with the kind of leadership and direction I want so it may be time for you to go. Actually on YouTube here is what he said as his best career advice from his father is the biggest advice is to “offer unconditional loveâ€¦I would say that every parent out there that can extend that to a child at a very young age is going to make a better human being.” Here is more https://www.youtube.com/watch?v=u_d5fZB0K6o if you want to watch it for yourself.

Lastly it may seem to ring hollow about career advice from a company who comes in and let’s key people go to improve the company but that’s not always the worst thing a Berkshire Hathaway and a Warren Buffett can do here. What can we learn from Buffett and Nelson? Be ready for anything. Don’t worry about your role now because it could change. Live in the moment. Don’t read your press clippings. Don’t think you are let go or need to leave a company as a bad thing. Any good thing and often something perceived as a bad thing can end abruptly. Ending a job or career option for now doesn’t mean your a failure. Well I could just go on. What has been your best career advice as a kid or as an athlete or as a professional?