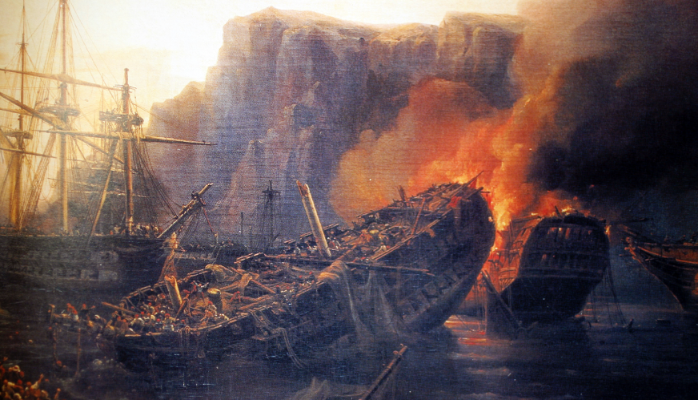 The hiring process in one of the most delicate tasks that companies face. Employee turnover costs firms thousands of dollars every year, and making poor hiring decisions can be devastating. While it is critical that managers attempt to hire workers with exceptional character, it is equally important that they avoid potentially destructive candidates, even if they appear attractive at first glance. One such category of potentially destructive employees is what we loosely call, well, loose cannons. We hope that you never hire a loose cannon without understanding the risks involved. It’s critical to prevent these employees from having severely detrimental effects on your company.

What is a Loose Cannon?

You have seen loose cannons before. They are all around you, pretending like they are listening and obedient in meetings. They nod and smile to your face but behind your back they are constantly doing things you would disapprove of, perhaps completing their tasks but often in an unsatisfactory way. They have absolutely no regard for anyone’s opinion but their own and their agenda is the only agenda. At times, this can be chalked up to a genuine lack of understanding of the processes of the company and for others’ timelines and expectations. There are times, however, when there is true malicious intent involved, with the employee looking out for little more than their own self-interest and success.

Typically, a number of the following specific traits can be observed in the behaviors of such individuals (one is not a deal killer, but two suggests a deeper background check and three is a serious warning):

Hiring a loose cannon or keeping them on board can potentially be destructive to your company, but how do you know the difference between a loose cannon and a person who just has a lot of confidence in their decision making ability? The short answer is that high performers who aren’t loose cannons can back up all of their accomplishments with facts. Loose cannons tend to lie and exaggerate almost everything. Find out how they handle crediting others and how they talk about their achievements. Was it really all them? Or did they forget to tell you how much help they received?

Hard-nosed CEOs who think they should not fear hiring anyone because they are capable of handling anyone should think twice when it comes to loose cannons. These types of people fear no one and actually enjoy challenging or threatening the power of a CEO. Loose cannons are far more dangerous than they appear because they initially can create a powerful personal attraction to those around them. But they often leave a trail of destruction wherever they go no matter how many accomplishments they may be able to cite.

It All Begins With The Right Hire

While it may seem obvious that it is important to be careful when hiring new workers, many employers are likely unaware of the true effects of hiring the wrong employee. According to the U.S. Department of Labor, the average bad hiring decision costs companies around 30 percent of the salary of that employee. In other words, choosing the wrong person to fill a role with a $100,00 salary will cost the company around $30,000. Another astounding fact is that employee turnover costs the United States an estimated $11 billion annually due to the high costs of retraining, screening, and loss of productivity. It is therefore critical to be extremely careful when hiring employees, because choosing the wrong person can have extreme negative effects on the company as a whole.

One healthcare CEO source told us confidentially, “I only have one rule in business, or rather I should say all of my other rules boil down to one rule: Eject the negatron. I find negative people and I get rid of them. That has made me a billionaire and I don’t get sued.” That’s a good guiding principle, but to back up this methodology with active processes, hiring authorities must do more.

There are validated, competency-based assessments that can highlight the red flags of what we have described as loose cannon syndrome, as well as simple background checks that can be completed to try to assess a potential employee’s character. One word of due caution: in an article published by the Society of Human Resource Management, forensic psychiatrist Michael Farnsworth, M.D. and V. John Ella comment on “The Legal Consequences of Hiring Narcissists” and urges employers to use caution when conducting personality screening tests on candidates who have NPD, because the use of these results can lead to claims of hiring discrimination (Farnsworth & Ella, 2015). For exactly this reason, we advise the use of validated hiring assessment that look closely at factors known to be related to job readiness and job fit, not “personality” in the general sense. These assessments are designed by industrial psychologists and will hold up in a court of law. Also, it is essential to have iron-clad consent forms in place for the assessment process you do require of your candidates, and to have your lawyer review these. Under no circumstances can you, or should you, make your hiring decisions on one piece of information alone. All candidates must know that decisions were based upon multiple “voices” in the information gathering process and they must agree in writing to allow you to incorporate the information you have gathered from assessments into your final decision.

It All Boils Down to Character

Considering how important character is, we are constantly shocked and amazed that some people continue to hire new employees and executives without putting candidates through a detailed vetting process. We can’t count the number of times someone has told us they just hired their new CFO or COO simply because they were “driven” or “motivated”, and “their numbers look so great.” Yes, metrics and achievements matter but how those achievements are won matter too. Unchecked motivation on its own can be a potential disaster. Here are some questions to ask all candidates that could reveal cracks in the seemingly winning solution:

None of this is to say that people with strong personalities and some degree of a free spirit have no place in society or in the workplace; they simply need to be managed properly. Free spirited people are known to not follow the status quo. They question the way of doing things and try to find a better way.

But there is a difference between a free spirit and a loose cannon.

Free spirits are kind hearted and honest, for the most part, and are driven by an enthusiasm for innovation and problem-solving. Ask them who they admire and why, and you will learn all you need to know. You will hear them passionately describe genuine heroes—maybe even a few people you admire yourself. Narcissists and loose cannons get stumped by this question—they have a hard time remembering anyone’s accomplishments but their own. And if they do manage to come up with an answer it usually sounds entirely absurd and phony.

So ask around. Dig deep. Make sure you know which one of the two you are interviewing. The free spirit may lead you to your next greatest invention. The loose cannon may lead you to jail or the bankruptcy court.

David Snyder is the author of two critically acclaimed business books, How to Mind Read Your Customers (American Management Association) and How to Hire a Champion (Career Press.) He is a sought-after speaker and consultant to companies nationwide.

John O’Connor is the 20+ year President of CareerPro Inc., a diversified career services, outplacement and consulting firm. He has recently been named to Forbes Business Council and has been quoted in Forbes, CNN Money, Yahoo!, Hotjobs, and other media on career issues.