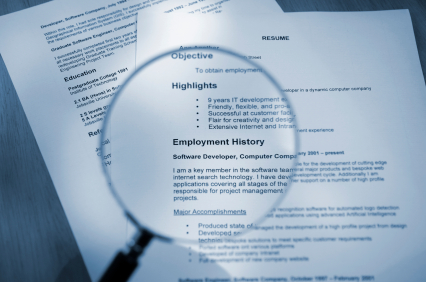 Reference checks can confirm or deny the value of a job seeker to a potential employer. They can be the difference-maker in employment. When it comes to references, do sweat the small stuff.

For a real-life illustration of a reference’s importance, consider Alex’s example:

Alex Partain thought his resume and interviews went well with a Fortune 100 technology company. Even in a recession, he blew past most of his friends and secured seven interviews, including final-stage interviews at five companies. Information security positions pay well over $100,000, and with a solid background in the very latest in information security, why shouldn’t the offers flow? But what happened next left Alex in the lurch, confused and looking for answers.

I honestly could not believe it, Alex says now. I got a serious wake-up call about references. It probably cost me thousands upon thousands of dollars in terms of months lost. I lost out on every single interview I had secured in a mere month. It wasn’t until a third-party recruiter ferreted out the facts about my references that I found out what was going on. What was happening was basically my own hand-picked references were not prepared properly, did not give me glowing reviews and hurt me. But all in all, it was more my fault then theirs. I did not prepare them or myself.

Here is what happened. He gave his two weeks notice, but left his company two weeks before one of the company’s most important engagements. He provided his references the proper notice they needed to prepare a quick, positive paragraph on company letterhead and write a sentence or two on LinkedIn. But that wasn’t all. Mr. Partain left his current company with a bit of a cloud over his head. My colleagues never received a current resume from me, Mr. Partain says. That was a mistake. I also left them a little short on a key project. That left my key references a bit angry.

After Mr. Partain hired an employment-law attorney who checks references, he found out three cold, hard and interview-busting facts about his reference. A few lessons follow in the next post.