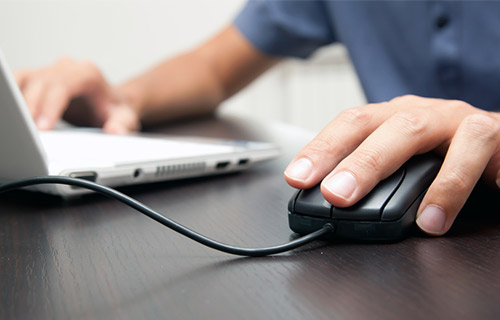 One of the common fallacies in networking for any purpose is to think that networking is not an interview. Really even informal business networking should be thought of as some kind of interview. Many people do not project confident in networking because they treat a networking one on one or even less formally than they should. Projecting a lack of confidence and not being prepared to communicate with your audience can have an adverse affect on your goals in networking.

Here are a few don’ts along with some do’s as you go out and build your network whether it’s in person, online or a combination of both which is most likely today:

Should you act like you don’t have something to offer that person when you are networking? I see a lot of people network with a need based mindset. I need to get a job. I really need a good relationship with this person because they could lead me to another. I need to make a good impression. Instead think about what you have to offer. Remember that networking should be a give and take. Even if you are in “career transition” you usually can offer help, ideas, advice and value to almost anyone you meet and network with so always keep in mind that your value is not in a title or a company it’s in you and your positive, proactive outlook.

In larger networking events I see people complain or condemn or just present a negative thought on politics, some local or national issue. When you are networking in groups or one on one people hear and feel what you say. They notice your attitude from your body language. It’s good to have a laugh but it’s not good to have a laugh at someone else’s expense. So be thoughtful about the topics you intend to bring up. Talk more about issues, ideas, books, thoughts, positive news and trends. Often it’s better to talk good about others in a good light and ensure that people notice your positive outlook. If you are at a networking event let people “overhear” something that you say that’s good about an issue. I call that good gossip.

When you talk about yourself make sure you do not dwell on issues or experiences that are in the long past. For example, I just spoke at a national association’s event today in North Carolina about Five Powerful Interview Tactics and noticed that when I polled a few people in the audience about their top “recent” accomplishments they talked about things that happened over four years ago. In business last year is ancient history. It’s important to think about using recent examples and recent accomplishments. Why is it important to talk about accomplishments at all when networking? Certainly networking should be more about your audience than you but when you get a chance to speak you certainly need to have your commercials and positive news in mind. Spread the good news about what you represent and focus on what you have done to help people and initiatives go forward.

Assuming that people are cool with your humor or jokes can be deadly to positive networking. If you want someone to refer you or help you accomplish some goal as you go out there and network never assume that your sense of humor may come across in the right way. Networking can be a time to tone down any inappropriate jokes you may have. In networking settings I have seen business people say things like “that was retarded” or “that guy’s been quite a crip” when speaking about people. It should go without saying that both of those comments could easily offend. They do offend me. But it still surprises me that foul language, bad jokes and humor that’s not really humor seems okay to people in a networking setting.

In job search many of my clients feel like they have to ask for criticism on their ideas, their resume and issues related to their career. Well-meaning people can be quite brutal when it comes to criticism. But remember when you ask for criticism know that most people are assuming you want them to suggest you change something. Do not overreact to this criticism or take any critique verbatim. Discuss easy and harsh criticism about your ideas and approaches by using the grocery store affect. That is take an idea or two off the shelf but do not automatically take everything off the shelf.  And certainly don’t give people permission to “beat you up” because you should only listen to close advisors, trusted friends and people who have a reputation for positively helping you.

Your audience matters so do the demographic research you need to be a great networker. Study your audience or you will not project confidence in networking. Prepare notes, find bios and don’t go into any one on one, small group or even larger group meeting without some study of the personality, interests, desires and backgrounds of the people you want to network with in that setting.