I also highly recommend that the video resume is only one piece of a seekerâ€™s job search marketing communications campaign.  My advice is:  â€œMake sure your written communications match your professional video image.â€

To date, no one has yet filed a major lawsuit for discrimination by video rÃ©sumÃ©.  I saw in an article on Time.com, George Lenard, a St. Louis, Mo., employment lawyer, talked about disparate impact.

The article then quotes Lenard and he says this:

If an employer requires applications by video, then those without video cameras and broadband-equipped computers might argue they lacked access. Of course, he adds, the live interview process is hardly infallible. He cites a 2000 Princeton study that examined orchestras’ penchant for hiring male musicians as an example of “disparate treatment.” When screens were put up–now a common practice in auditions–the gender skewing disappeared.

This is interesting and a good point. I am sure there will be lawsuits. It’s always a matter of time. But if employers judiciously utilize this and consult with their employment law attorneys then that is smart. It’s also worth noting that no employer I talked to is demanding video resumes anyway. But will they look at YouTube or other resources to check candidates out. Everyone in the hiring area and recruiting seems to be doing it or moving that way. It’s becoming a factor, a big factor. It won’t be the only factory. But visuals influence including video and digital stills.

The article also says this: Once the rest of the YouTube generation enters the workplace, “video rÃ©sumÃ©s are going to be as ubiquitous as PDAs or iPods,” says Mark Oldman, a co-president of Vault.com.

Exactly Mark. I would add that people who understand want to make sure the content that is available to future hiring managers remains exceedingly personal brand sensitive and positive. That’s not easy for a company to figure out alone. It’s definitely not easy for an individual to figure out on their own. 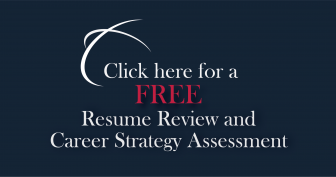