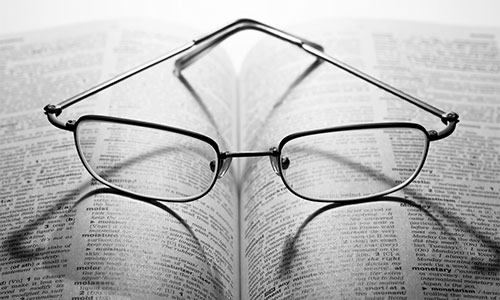 After a major buyout by an international competitor who brought in their own sales management team Jeff Rostman lost his job to a younger sales person, half his age and according to Jeff, half his ability. The fallout with new management left Jeff Rostman wondering about his future and looking for a new job after 20+ years with the same company. Like most companies today they offered Jeff some severance to basically stop him from pursuing legal action. To obtain another medical sales role in the territory he worked would take a lot of effort. In fact for so many years he could be called the “Ortho Guy” by his clients. Now a 30-something held his job and his territory. They brought on someone younger to work his accounts and make his money at least according to Jeff. Mr. Rostman found himself looking from the outside in.

Most people he counseled through his church’s Job Networking Ministry wanted a job like his with his dial it in six-figure base. He warned those who seem tempted by the money. “Just remember,” he would say. “I am 100% commission.” Then the jobseekers he would meet at church, at the country club and at other events would back off a bit. Who wants a commission only job? But it felt less like a commission job and more like a secure future as he had the job for 20+ years.

No longer the young buck superstar in his late 20s, Jeff now had the skills of a top sales person but in a niche market. At 51 years old getting a new startup or a seasoned company to take him on in medical device sales may be tough in the market he was in. Talking to his wife and two children about relocation seemed out of the question with kids in high school and family now in the area. Add to that two aging parents with health issues and the six-figure career for life job over, this presented a dilemma.

Statistics from a number of sources like Execunet.com, AARP and the simple demographics of the 76 million plus aging Baby Boomers prove that workers over 50 sometimes have a hard time finding work. But, the reality is that today’s 50+ year old is not the same as a 50+ year old of yesteryear. The argument can and should be made that older workers today are much different that older workers of the past. For example, in 2012, Cornell’s Employment and Disability Research Institute suggests that today’s workers are better educated that even those of 10 years ago. The study also points out there are a lot more people in the market over 50 which presents a myriad of problems and opportunities (for employers and those looking for jobs). They are more physically fit. Physical demands of jobs are lessening as most manufacturing goes overseas. Labor-intensive positions have been and will continue to be lessened by machines and technology advances. According to the Bureau of Labor Statistics, Labor Force Projections to 2018: Older Workers Staying More Active and the New Look at Long-term Labor Force Projections to 2050, workers in the labor force are closing in on one in four people vs. one in five people today. But all the statistics in the world don’t seem to matter when it’s you who feels like you took the employment knife.

“Now all of a sudden,” Mr. Rostman says, “I am considered an older worker.” So that’s what seems to happen to baby boomers and even those not in the executive income categories. So what can you do now that you may be considered a send off and an age issue layoff apart from suing your employer for age discrimination. In other words, what do you need to do to get back in the game, on your feet and back in a position of equivalent value. The answer is it depends especially if you have a specialized industry like areas of medical sales. But what can a John Rostman or anyone else do at 50+ to demonstrate that you are clearly marketable, relevant and valuable?

1. Get Up and Get On With It – In my careers practice I see far too many people who face layoffs at 50+ talking about their past and actually dwelling on their past for many months. It can be debilitating to dwell on the past instead of understand it and market it. Unfortunately no new potential employer cares much about your kids in high school, the stress at home and your monetary setbacks. They do care about your current abilities, recent achievements and current knowledge of what you can offer them. Specialize in delivering the message that you can offer them current skills and the kind of savvy that makes hiring an “older” worker more palatable.

2. Market Yourself and Your Achievements – If you are 50+ you need to create a powerful bio and smart habits on Linked In. You need to craft excellent resume, cover letter and core marketing materials. You may need to create white papers and articles in and around your expertise and publish them. You need to develop a networking game plan on an off line that will yield the right contacts and the right strategies to sell your skills even if you are not in sales. For most people closing in on or over 50 you need to ensure your physical appearance looks sharp, together and you look like you are physically fit. Employers scrutinize you at all stages in your career so stay updated in every area.

3. A Layoff is An Opportunity – Once you deal with the anger or reality of being essentially replaced by a younger person you need to use this as an opportunity to change your life for the better. Unless you think you can change the facts in your case you need to use the time you have between jobs to improve everything about you – Mental, Physical, Spiritual, Family, Financial. Even if you have two weeks or two years absolutely use the time it takes to get a new position to renew commitments and build better habits in every area of your life.

In the case of Jeff Rostman, he found new work with a start up company. “I didn’t dwell on the past,” says Jeff today. “What I found out that I needed was a big kick in the butt. For years I advised others, encouraged others in their career and even helped mentor younger sales people. Yes, this included my replacement. I did wallow in the muck for awhile but I realized all the sales and attitude training I had done over the years was going to waste. I needed to reinvent myself and I did.”