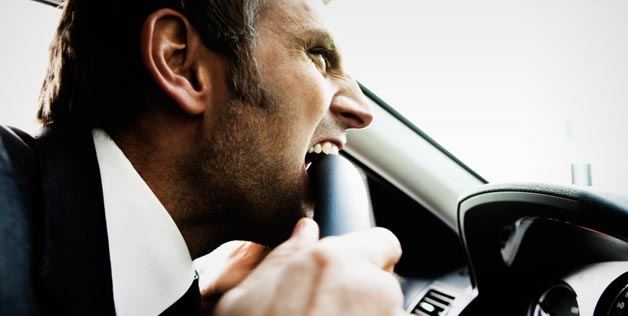 If you want a job, you wouldn’t intentionally try to make recruiters hate you. But you’d be surprised at how often an eager job seeker will make an enemy out of the very people they need to impress. Some blunders are merely irritating, while others can make recruiters do a slow burn when they hear your name.

1. Get Creepily Personal
Recruiting consultant Abby Kohut recalls a phone interview (that had gone pretty well up to that point) in which the job seeker ended the call by asking her to marry him. When I told him that was an inappropriate thing to say to a hiring manager for the company, he said, Oh, I thought you were a just a headhunter. As if that would have made it all right.

2. Use Cutesy Language, Texting Slang and Dumb Resume Tricks
The gimmicky resume is a pet peeve of Barbara Safani, president of Career Solvers, a career-management firm based in New York City. Please do not send a resume inside a shoe, saying you’re looking for a foot in the door, she says. Beyond annoying the recruiter (FYI — that glitter you put in your envelope will get you noticed, but will take time to clean up), these tactics make recruiters think you don’t take them — or your job search — seriously.

3. Be Rude and Aggressive
Job hunters who use heavy-handed tactics with recruiters, like sending an angry email in all caps after being passed over for a job, won’t impress the recruiter either, says John O’Connor, president and CEO of Career Pro, a career-coaching company in Raleigh, North Carolina. Some candidates see the recruiter as an antagonist who must be pushed and prodded and bullied to work on their behalf, O’Connor tells Monster.com. In other cases, they’re frustrated by the job search process and feel the need to take it out on the recruiter.

4. Lie
Making up something impressive might get you in the door. But if you’ve grossly inflated your abilities and work history and the employer finds out, you will have burned two bridges, not just one. Lying on the resume drives recruiters mad, O’Connor says. I know people think desperate times call for desperate measures, but the best recruiters are going to do their due diligence and if you’ve misrepresented the dates, times, duties and technical responsibilities, that recruiter will never trust you, and probably won’t call you.

5. Stalk the Recruiter
A suggestion to stay in touch doesn’t mean daily or twice-daily follow-ups. If it’s been a few weeks and you haven’t heard, it doesn’t mean you’ve been forgotten, Safani says. Kohut agrees, adding that a recruiter who thinks you’re a good fit for a position will let you know right away. Calling them constantly and demanding to be submitted to a company will just make them think you’re desperate and unhinged and a little scary, she says.

6. Act Like You Don’t Care
Sending stock cover letters addressed to sir or madam, forgetting to change the name of the last recruiter you queried on your cover letter, saying you’ll take any old job and not proofing your correspondence might not make a recruiter hate you. But such sloppiness won’t impress them, either. And they might just take affront at your dismissive attitude.

7. Always Be Professional
Employment professionals say that, while one screwup won’t engender hatred, it might cause the recruiter to relegate you to the NDC list — the list of nondesirable candidates they will not correspond with. Some of the worst behaviors — pushiness, stalking, haughtiness — come from job hunters who don’t really understand how a recruiter works, O’Connor says. If candidates would understand that the recruiter’s real clients are the companies with the job openings, not the job seekers, they would approach recruiters with more professionalism. Even if the recruiter isn’t acting in the most professional or diligent manner, you still need to be professional, he adds.

8. View & Treat Them As An Obstacle
“Recruiters are kind of like obstacles to me,” one job hunter said to me. “So I just know that I have to play a game with them and I’ll tell them what they want to here so I can get through the door. So I will say just about anything to them to get the interview.” In job search it’s hard to hide emotions and a belief system like this when you are in communication with people. This kind obstacle focus demonstrates a prevailing attitude among some people who are frustrated and searching for jobs. But it can drive recruiters nuts when a job hunter overtly treats them like an obstacle and not a part of the hiring process. Emotions and ego aside recruiters job can be to thin the herd of resumes they receive. Companies can receive hundreds and even thousands of resumes per open requisition. Recruiters serve the process but viewing them as an obstacle and not a part of the process when communicating with them verbally or in writing can leave you on the cutting room floor.

9. Going Around Them to the Company
A third-party recruiter who submits your resume to a company is compensated by that company if they hire you. A retained recruiter is partially paid to conduct a search then fully paid when the company hires you if you become the candidate of choice. Let’s focus on these outside the company recruiters on this point.  “I try to go around recruiters directly to the company,” a job hunter suggested to me. “If I can get the recruiter to blurt out the company name or if I can guess it I will go around the recruiter even if they try to submit me.” Does it make sense to cut out the “middle man” so to speak? Does the company sometimes perceive recruiting expenses as an unnecessary evil? That can be the case. But does it drive recruiters nuts when jobseekers try to circumvent the process of hiring? Yes. Will you burn a bridge if you decide to go around the recruiter to the company in most cases? Yes. Could the company view you as someone who does not follow protocol if you do it this way and almost black ball you? Yes.

So what can you do if you are frustrated with these so-called “middle men” in the process of job search? At least try to build relationships with them. Find out how companies they represent hire. Try being perfectly honest with them and try to understand their deadlines, needs and how you can help them. By doing this many people that I have coached through the job search process have had recruiters actually advocate for them, become references for them and actually coach them in a positive way to get hired. A mature, ethical recruiter realizes that he or she may work for the client company but must also build critical relationships with top talent. Try this before you ever go to tactics that could hurt your brand.