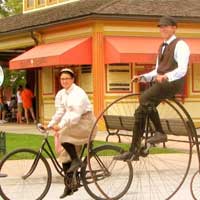 Is it every day that someone sends me, or my Google alert pops up with, another “secret” to personal branding? A LinkedIn trick. A social media short cut to gain customer loyalty. A never before tip to give a brand edge? How often do we see these great ideas? Every minute of every day?

The avalanche of information inundates me. Is it too much to assume it inundates you? I’m susceptible and it’s my fault. As a career coach and someone who traffics in this area, I’m exposed to cool new by clients, friends and media.

–  “John, did you see the latest Forbes article that says I really shouldn’t say these things to recruiters?”
–  “What about that guy who spoke at your group and said we don’t need to blog.”
–  “John, what you think of what Warren Buffet said about your brand?”
–  “Did you see what they said Steve Jobs was saying about branding?”

So, instead of finding some really new ideas, how about we talk fundamentals. Perhaps considered old school by hipster online buffs, but fundamentals nonetheless when you want to increase your brand awareness. These actually work. Fundamentals work in almost every discipline. Baseball and MMA don’t seem to have much in common, but old school fundamentals have created champions in both.

How about old school Baltimore Oriole Cal Ripken, Jr. on the fundamentals? Just don’t forget Cal Ripken Jr. holds the MLB record for most consecutive games played. He also did it right by being drug free and treating others with respect according to everyone around him. A recent Rolling Stone article asked – How did Ronda Rousey go from living in her car to being MMA’s most unstoppable force? I barely met Ronda Rousey in Baltimore, MD when I snuck downstairs to talk to MMA fighters between and during sessions of last years UFC 172 at the host hotel. Focusing on Ronda, she’s now a movie star, the most salable person in MMA but fundamentally her fighting skills were honed as an Olympic medalist in Judo. Fundamentals work for the famous and non famous, athletes and non-athletes.

Let’s talk about you.

What about the fundamentals you’ve practiced and forgotten but actually work for you every day in your personal and business life? Some of the most successful business people I know come from every religion on earth. What have I observed whether they are Christians or not? They actually treat other people with respect. To go really old school and very non-PC on all of you allow me to reference the New Testament for a moment.

22 But the fruit of the Spirit is love, joy, peace, forbearance, kindness, goodness, faithfulness, 23 gentleness and self-control. Against such things there is no law.

Bring your own religion and religious affiliation to this discussion. What I have found is that people who actually practice these things seem to engender trust, loyalty, kindness, and more in return. It’s so old school it works! Imagine that in today’s world.

What else works in the so-called new world of online branding? Here are some fundamentals I observe in my most successful clients:

– They take responsibility and say I am sorry
– They send thank you notes and call people just to say thank you with nothing expected in return
– They give of their time, treasure, money and more without often being loud
– They volunteer and don’t look for a reward
– When they say they will do something they follow through, even on little things
– They answer their phone and return calls and emails
– They treat even so-called little people with respect and kindness

None of these ideas would be considered novel or hipster cool. But fundamentals work in sports, business and dealing with others. I aspire to implement these old school fundamentals. How about you?