Veterans deserve preference for civil service or Federal jobs and the government provides you with an edge on these positions out of the gate. One of the Preference Points and Veteran’s Recruitment Appointment entitles veterans who are disabled or who served in the Armed Forces active duty (certain time periods and in military campaigns) to gain preference over non veterans both in hiring from competitive lists of eligibles and in retention during reductions in force. This does not mean you should skip the Federal opportunities if you are not a veteran.
Preferences come in for civil service examinations, for most excepted service jobs, and when agencies make temporary appointments or use direct hire and delegated examining authorities from the U.S. Office of Personnel Management (OPM).
According to OPM and outstanding sources such as Military.com, here is an overview of the General Requirements for Preference:
Veterans have to meet the eligibility requirements in section 2108 of title 5, United States Code, including these requirements: Honorable or General Discharge; Military retirees at rank of major, lieutenant commander or higher must be disabled veterans or they do not qualify.
Guard and Reserve qualify if they go on active duty but not active duty for training.
Veterans must claim preference on their application, resume and complete the form SF-15 (Application for 10-point Veteran Preference).
Remember that the 5-Point Preference is added to the passing examination score of a veteran who served: during a war; or during the period April 28, 1952 through July 1, 1955; or for more than 180 consecutive days, other than for training, any part of which occurred after January 31, 1955, and before October 15, 1976; or during the Gulf War from August 2, 1990, through January 2, 1992; or for more than 180 consecutive days, other than for training, any part of which occurred during the period beginning September 11, 2001, and ending on the date prescribed by Presidential proclamation or by law as the last day of Operation Iraqi Freedom; or in a campaign or expedition for which a campaign medal has been authorized. Any Armed Forces Expeditionary medal or campaign badge, including El Salvador, Lebanon, Grenada, Panama, Southwest Asia, Somalia, and Haiti, qualifies for preference.
A campaign medal holder or Gulf War veteran who originally enlisted after September 7, 1980, (or began active duty on or after October 14, 1982, and has not previously completed 24 months of continuous active duty) must have served continuously for 24 months or the full period called or ordered to active duty. The 24-month service requirement does not apply to 10-point preference eligibles separated for disability incurred or aggravated in the line of duty, or to veterans separated for hardship or other reasons under 10 U.S.C. 1171 or 1173.
For the 10-Point Preference, ten points are added to the passing examination score of: a veteran who served any time and who (1) has a present service- connected disability or (2) is receiving compensation, disability retirement benefits, or pension from the military or the Department of Veterans Affairs. Individuals who received a Purple Heart qualify as disabled veterans.
An unmarried spouse of certain deceased veterans, a spouse of a veteran unable to work because of a service-connected disability, and amother of a veteran who died in service or who is permanently and totally disabled.
If you meet the criteria for preference and achieve a score of 70 or higher either by a written examination or an evaluation of your experience and education, you will have 5 or 10 points added to your numerical ratings depending on the nature of their preference.
For scientific and professional positions in grade GS-9 or higher, names of all eligibles are listed in order of ratings, augmented by veteran preference, if any. For all other positions, the names of 10-point preference eligibles who have a compensable, service-connected disability of 10 percent or more are placed ahead of the names of all other eligibles on a given register. The names of other 10-point preference eligibles, 5-point preference eligibles, and non-veterans are listed in order of their numerical ratings.
Filing Applications After Examinations Have Closed
A 10-point preference eligible may file an application at any time for any positions for which a non-temporary appointment has been made from a competitive list of eligibles within the past 3 years.
In addition, a person who is unable to file for an open competitive examination because of military service may file after the closing date. In either of the above situations, the veteran should contact the agency that announced the position for further information.
In addition certain examinations are open only to preference eligibles as long as such applicants are available. These are custodian, guard, elevator operator and messenger.
Veterans Recruitment Appointment (VRA). Under the VRA, a you can be appointed to a white -collar position through GS 11 without having to compete with other applicants. The VRA is open to you if you are a disabled veteran who served on active duty during a war or major campaign and you have left the service under honorable conditions within three years.
To find the preference points form go to: http://www.opm.gov/forms/pdf_fill/SF15.pdf . If you need help on the application process or your federal resume, call us! 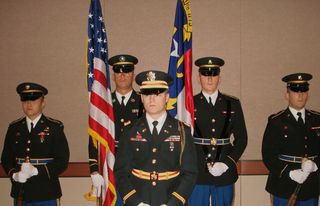