According to the Bureau of Labor Statistics in their report released in September of 2010, the average person born in the latter years of the baby boom held 11 jobs from age 18 to age 44. More than half of those jobs were held from ages 18 to 27.

What’s interesting about this study is that it does not just scan current data and report it. This study considered a Longitudinal Survey of Youth, starting in 1979, and included 9964 people who were ages 1`4 to 22 when first interviewed in 1979 and then ages 43 to 52 when interviewed during 2008 to 2009. The respondents were born from 1957 to 1964. They looked at a lot of factors on work and non-work issues: education, training, income and assets, health, other characteristics. They were interviewed every year from 1979 to 1994 and then biennially since then.

The survey has many different and interesting characteristics to it. One of the most revealing and poignant of those focuses on how baby boomers held onto jobs longer as they got older. This may sound common sense but the Duration of Employment Relationships is one of the keys for so-called “older workers” to make during their job interview.

Simply put, the length of time a worker remains with the same employer increases with age at which the worker began the job. Of the jobs that workers began when they were 18-22 years of age, 72 percent of those jobs ended in less than a year and 94% ended in fewer than five years.

To me one of the bottom line keys to this data remains that so-called older workers will be better retained and are more likely to stay with an employer longer. Employers who have constant turnover hurt their bottom line. Employers who think that duration of employment relationships don’t matter might be missing something in the accounting area. Knocking good workers and loyal, savvy talent out because they are “overqualified” doesn’t make sense either.

The fact remains – younger workers do not hold loyalty to one company very highly. They are constantly looking, constantly making moves and will probably leave your company sooner than you want them to do. So finding top talent that you have to pay a little bit more or has a bigger title or a few gray hairs makes fiscal sense. 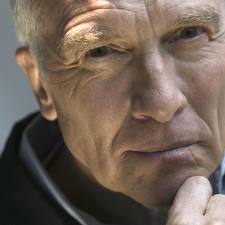