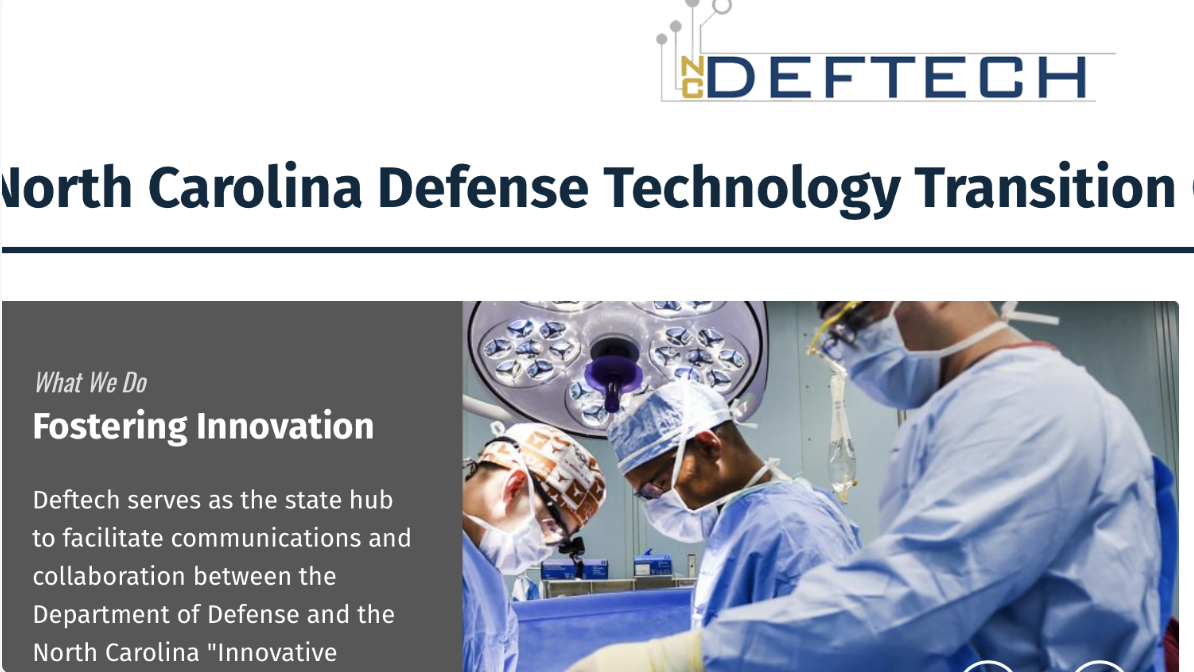 Dennis “Denny” joined the North Carolina Military Business Center (NCMBC) in January 2015 after a career in the US Army and 14 years in the Federal Business Sector. In August 2016, with the support and direction of the NC Department of Military and Veterans’ Affairs and the NCMBC, Denny established the NC Defense Technology Transition Office (DEFTECH). As the Director of DEFTECH, he provides a liaison function and communication bridge between the NC “Innovative Ecosystem” and immediate and emerging needs of the Department of Defense.
Prior to joining NCMBC and founding DEFTECH, Denny was the senior executive account manager and director of the DoD Customer Segment for Harris Corporation’s Government Communications Systems Division. In this capacity, he led the division’s business development efforts to expand existing DoD markets and penetrate new ones. Denny also held the position of director of DoD Business Development for Harris IT Services. Prior to joining Harris, he was with CACI in Chantilly, VA where he served as the senior vice president of Government Relations, managed a $100M international services P&L, and was VP of CACI’s Army business development team. Before CACI, Denny was vice president for Warfighting Systems and Future Concepts at Defense Group, Inc., in Alexandria, VA.

In addition to his industry experience, Denny served in various operational, joint, and legislative affairs assignments as a 28 year career Army officer (including 11 years at Ft Bragg in both the Division and the Corps), providing him with broad experience within the DoD and associated Corporate communities.

He earned a B.S. in Engineering from the U.S. Military Academy at West Point, an M.S. in Industrial Relations from Purdue University, attended the US Air Force War College, is a Shipley trained Capture Manager, and a Miller-Heiman trained Salesman.

Denny is a member of the Association of the U.S. Army, the Armed Forces Communications and Electronics Association, the National Defense Industrial Association and served on their local boards in the Washington DC area before moving to North Carolina in the fall of 2014.
Denny and his wife currently reside in Chapel Hill, NC where he covers the Raleigh-Durham Research Triangle area.