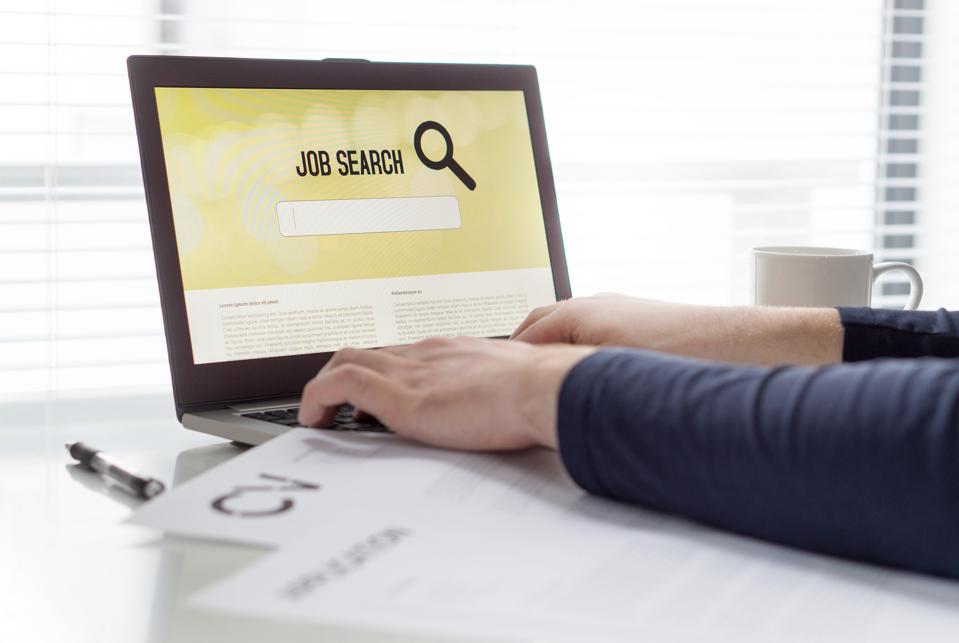 Tyler Fitzgerald: “Anybody can fly plane, now here: I’ll check you out. Put your little hands on the wheel there. Now put your feet on the rudder. There. Who says this ol’ boy can’t fly this ol’ plane? Now I’m gonna make us some Old Fashioneds the old-fashioned way, the way dear old Dad used to!”

Benjy Benjamin: “What if something happens?”

Tyler Fitzgerald: “What could happen to an Old Fashioned?”

This is a scene from It’s A Mad, Mad, Mad, Mad World, a madcap movie from way back, starring a sheer ton of old comedians and comic actors. It’s just not a far cry from today’s supposedly super-sophisticated, artificial intelligence- (and I do mean artificially intelligent) based hiring world. It’s simply a mad, mad, mad, mad world of hiring today. With more metrics, more systems, more access and tools, it has become a mad, mad world for jobseekers and for hiring authorities and organizations alike. Let me explain the crazy.

The Avalanche Of Applications

In no time in modern history has there been more access to more people who are looking for a job than now. With the advent of LinkedIn, ZipRecruiter, Indeed, Google, corporate websites and the internet in general, a company can ask for résumés and get thousands dropped in their lap in a matter of days, if not hours. Code words from recruiters to candidates today if you ask them if you have a chance at a job? They might say things like “It’s a candidate-rich market” or “We have had a strong response.” Openings for some popular jobs can be opened and closed in a day or less. The sheer weight of the numbers makes the job difficult for recruiters and candidates to find their needle in the haystack (recruiters) or their possible interview among the throngs (candidates).

The Advent Of Assessments

One of my chief people officer clients worked for a company that uses what they think is a valid assessment test before nearly anybody gets interviewed. The C-suite team of this company created powerful growth by buying at least ten companies in just a couple of years and has not stopped since. My client hired our company to handle her search, saying, “I love the company but I could not breathe. I ate lunch at my desk and I was on 24/7. I need you all to help me navigate the new waters.” I asked her about their famously unpopular assessment test used to screen everyone (except some of the leaders!). She said, “Well, I hated it. It weeded out the extraordinary for the ordinary, but they swear by it and will never change.” The hiring world’s maddening problem? Assessments actually can help hiring or performance but are often not administered in the way they were intended. And they’re becoming even more popular.

There’s Lots Of Discrimination — With A Little ‘D’

Before my dear readers start sharpening their saws for the employment world, talent-acquisition types and the human resources department middlepeople who seem to stand in the way of common-sense hiring, hear me out. Words can have more than one meaning. In general, the word discrimination can mean:

• the unjust or prejudicial treatment of different categories of people or things, especially on the grounds of race, age or sex or

• recognition and understanding of the difference between one thing and another.

I asked one of the top independent recruiters in the Southeast this: “How much do companies discriminate when they are evaluating candidates?” He knew I was referring to the first meaning, the kind of meaning that the U.S. Equal Opportunity Commission and attorneys would be very interested in. He said: “Hardly ever. If anything, the whole diversity and inclusion [D&I] movement’s moved the bar over. Most employers are trying to find ways to hire more diverse and inclusive workforces.” That’s a good thing, right? I think so. He thought so. So the greater good is being served!

Not so fast. He said this and we both laughed: “Now it usually comes down to personal pet peeves and really arbitrary things that may get you bounced [not hired] or included [hired].”

After all the assessments, good-faith D&I efforts of today’s conscientious workforce and dripping-with-good-intentions human resources pros, a lot of hiring comes down to goofy, off-the-cuff pet peeves. Here are some reasons final decision-makers or the proverbial hiring managers have used to discriminate against or not hire certain final-round candidates, in no pecking order:

• There was something about him that just didn’t sit right with me. I don’t know what it is.

• I don’t think she would fit well in our culture.

• She seemed kind of awkward on that video call. Did you see that picture behind her? Plus, I am not hiring someone who does their final interview from their bedroom!

• Her answer to that question was way too long. We don’t need a long-winded person in this role like our last one.

• Do you think he will dress like that in front of clients? This is a client-facing role. Those colors do not work.

• Did he even answer that question? I thought his eyes were darting all over the place on the video call. That was weird.

• I like dog people. He seems like a cat person. Did you see those cats in the background? We shouldn’t hire a cat person, right?

• Didn’t you think he had fingernail polish on? That was a little distracting. Did you see that? Hmm.

Gleaned from the frontlines of hiring, I kind of cannot believe that these little distractions, these pet peeves, possibly wrecked today’s most vetted and informed, AI-powered, ATS-strengthened final interviews. But they do. The last line of hiring goes back to the old human gut instincts and petty, silly and sometimes-maddening little details. What is old-fashioned is new!