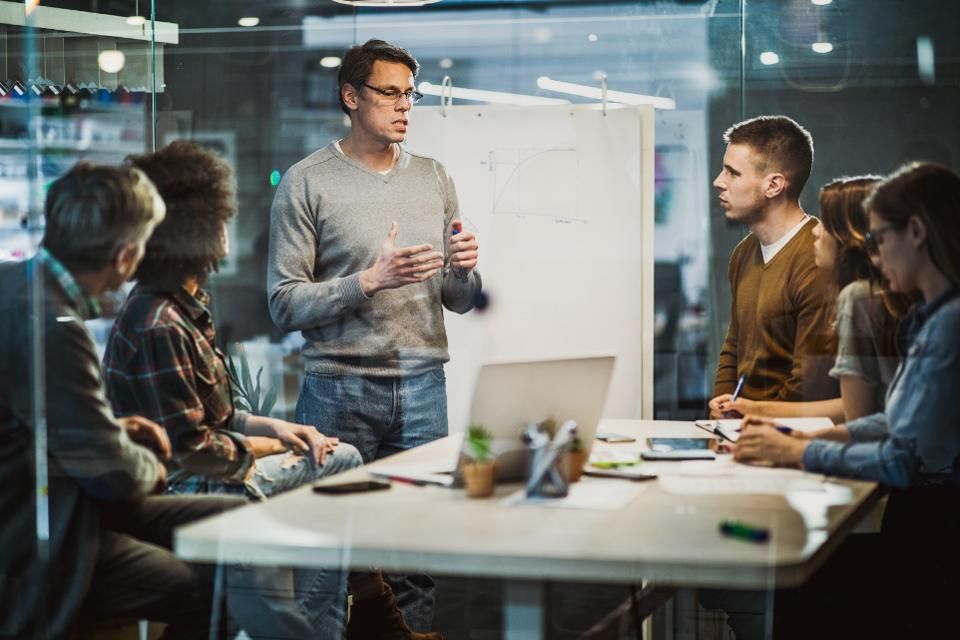 Whose house is of glass must not throw stones at another.

This epic glass houses proverb has been used to some degree for the last 300-plus years, starting, perhaps, with George Herbert in 1651, but it can be traced back to Geoffrey Chaucer’s epic poem “Troilus and Criseyde” (1385). What does it have to do with revenge and reputation management? A lot, as it turns out.

Today we may say: “Those who live in glass houses should not throw stones.”

When you interview, hire and take on employees, you also should consider the reputation risk that each employee brings to your organization. In less than a minute, they can disguise their identity, go on various media sites and state their opinion of your organization in no uncertain terms. It could be positive or negative.

You, your company and really any organization you belong to should recognize that your current employees, ex-employees, contractors and other commentators possess stones of all sizes and may want to use them even if they live in glass houses. You should care about your online reputation. You should read your Google, Indeed and Glassdoor comments, ratings and criticisms. You probably should keep them in perspective, but you should not ignore them.

At the epicenter of Glassdoor.com, it says this and invites people to comment on your company: “Company reviews and ratings. Get the whole story. Search ratings and reviews of over 600,000 companies worldwide. Get the inside scoop and find out what it’s really like from people who’ve actually worked there.”

Suggesting that Glassdoor provides the “inside scoop” and demonstrates “what it’s really like” is a pretty bold claim. However, as of this writing, no legal action has stopped Glassdoor from suggesting this, and the enticement to comment — good, bad, indifferent — remains.

I recently had a conversation with one of my executive human resources leaders about Glassdoor, its comments section and reputation repository. We talked about their letting go of some of their employees due to a contract lost.

Client: My CEO knows that not everything on the internet is true, and some of the comments that are negative about our company sound an awful lot like some of the people we let go over the last two years.

Me: What bothers you and him most about what is out there on Glassdoor?

Client: That it is not the full story. We know people need a place to vent, but some of the comments are really over the top, and even some of the people we recruit and a few customers have said they notice this stuff. It bothers him, and it bothers me.

Me: Let’s try to mitigate the negative and encourage the positive through intervening and helping these people move on so they don’t feel they have to take revenge or vent on this site or any other.

Anybody who is in business lives in this glass house. Today’s translation and interpretation is a figure of speech that talks about vulnerability. Today it commonly means that those who are vulnerable should not attack others. It seems like a lesson for the ages, and it has remained relatively intact for a very long time. Today’s glass doors encourage people who feel slighted by — and a few who are delighted by — companies to comment. For some, it’s a way to take a measure of revenge.

Now let me fast forward to the point. With the advent of social media, Google and sites quite appropriately named (like today’s Glassdoor.com), companies and organizations have never been more vulnerable to reputation claims, comments, kudos and even verbal attacks. Let me put it this way: If you live in this business world, you live in an era of reputation management, whether you want to ignore it or not.

These comments may seem like a primitive emotion and an emotional response to stress, but revenge in any of its forms is very powerful. When you let someone go, even when there’s no cause or it’s because they did something wrong, their mind will often go to thoughts of getting even or getting back at you. It is the rare, highly emotionally intelligent person who doesn’t entertain the thought of revenge even in its mildest form when they are feeling rejected or let go, for a cause or not. Companies and people deal with rejection in many different ways.

Look at some of our culture. Many popular movies over the generations possess revenge as a theme, as primitive as it may seem. Without going into the psychology of this, look at just a few popular movies: Hamlet, Gladiator, The Outlaw Josey Wales, True Grit, Gone Girl, The Princess Bride, The Avengers, The Shawshank Redemption, The Godfather, Carrie, 9 to 5, almost anything with Sylvester Stallone or Liam Neeson … I could go on, and so could you.

Real life is not a movie, but real people, and especially people who feel they have lost something, face real emotions. The lion’s share of people who write things on Glassdoor or other company review sites are job seekers who are in the process of leaving a job or who just left a job. They are looking for opportunities and want to use these sites as a help and a guide.

To create a more helpful dialogue with your current employees, ex-employees and contractors, you should first admit that we all live in glass houses and we have core emotional responses to change. With that as a base, you can start by examining and trying to improve your reputation, if it’s inaccurately portrayed online. Start by creating highly engaging outplacement programs for employees who you must let go. Open your own Glassdoor account, and don’t ignore your comments on the internet anywhere they occur. Find ways to understand the emotions of those who are left behind and who feel slighted.