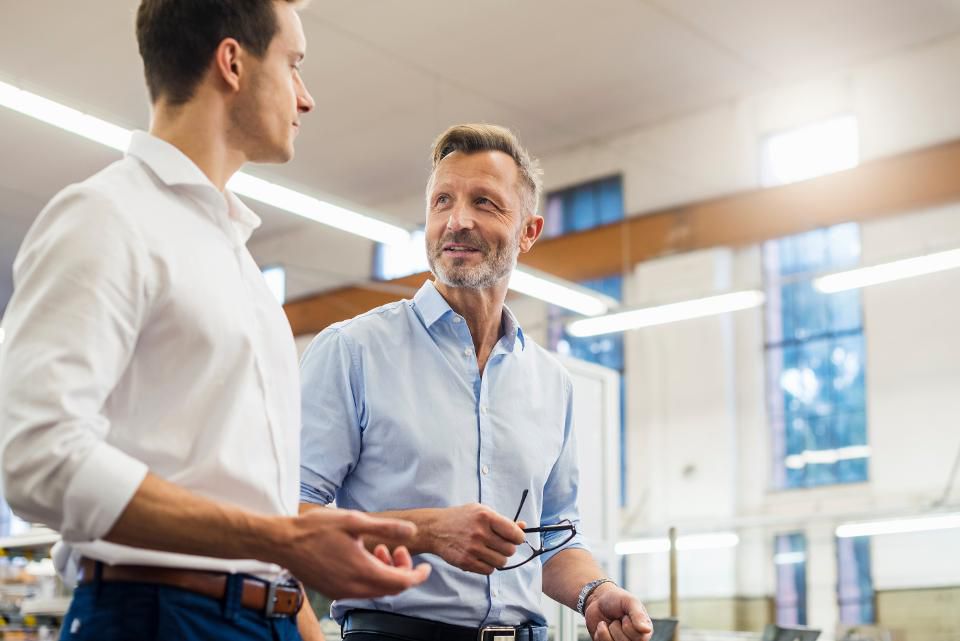 I recently had a conversation with a client who didn’t feel he needed in-depth interview coaching because he “had read all the books about interviewing and interviewed about a thousand people in my time.” But soon enough, the interview questions left him feeling like he was on a ghost ship in The Twilight Zone. Nothing was what it seemed.

Like changes in music, interviews offer a variation and contrast in force and intensity that sometimes results in an incongruous mix and many mixed signals. Let’s just take my 40-something-year-old client and his dilemma. Altogether, he was interviewed by people of four different generations during his job search.

Mystery questions and scenarios abounded. A millennial asked him to roleplay a negative client situation that cast him as the bad guy to see how he would deal with the client. My client asked, “Can we do one where I am the good guy?” The answer? No. A baby boomer interviewer decided to take a walk with him through the company and, according to my client, “never asked a real interview question.” In fact, the boomer “just watched how I interacted with others on the floor of the company’s call center and assembly room.” The ghost ship had many decks.

Interview patterns seem to have changed for most people of any age. The classic phone screen with pre-scripted questions, then the in-person interview, and perhaps one more “final interview” may still be in place, but much has changed in the interview dynamic today. Some of the trends affecting people getting job interviews are: multigenerational workforces, an emphasis on diversity and inclusion, age issues, skills assessment, applicant tracking systems, uncoordinated interview processes, the advent of technology like YouTube and Skype, optional assessments, role-playing, known and unknown biases, pet peeves, and many more.

So how do you proceed in securing and winning a job in the sometimes strange world of interviewing for today’s modern job search?

Realize the obvious, then prepare for the mostly hidden interview dynamics.

The obvious? Prepare stories on your top challenges and achievements in a very personalized way. What doesn’t work today? Old stories about you and only you bringing your company to achievement. Blend in the help of others and don’t make it look like you are the only one in charge of the successes you may have stated on your resume. The stories behind your multimillion-dollar sales wins must include a cast of characters who helped you get there. Be ready to talk openly about your compensation, expected compensation, work ethic, attitude and perhaps today more than ever, your values. Otherwise, you may not get hired.

What other dynamics disrupt old-school interview preparation today? In subsequent interviews, my client prepared for new, improved and inclusive stories. We worked on role-playing the strangest scenarios. He subsequently used PowerPoint presentations and became strong on Skype- or FaceTime-like interviews. We examined a number of his conscious or unconscious biases about interview techniques, age and experience.

Then we talked about the little, silly things often controlling today’s interviewers and their mindset. Like a bad Hollywood script, many job descriptions and advertisements follow a formula, and especially among executives, that formula is written to create an ideal, a unicorn that’s not attainable.

The reality? People don’t often have every skill and capability the company desires, so it has to compromise. Additionally, interviewers and hiring managers often bring intentional and more often unintentional hiring biases to their hiring process. Some of the classics include confirmation bias, heuristics, expectation anchors and intuition. Vibes, feelings and the like should not be determining factors in hiring, but they are. Know it and prepare.

Another way you might feel like you’re in The Twilight Zone? In some interviews, the interviewer has already made up their mind: Companies already know who they are going to hire yet still interview other candidates. Many interviewers are so consumed with other issues and hundreds of resumes and candidates that they can’t ever look deeply into your background to find out why you would be a unique and ideal match for their company.

So what can you do? Make sure that every single aspect of your resume, cover letter, and internal and external network praises you and positions you in an attractive light.

According to the old Rod Serling’s “Judgement Night” episode of The Twilight Zone, the S.S. Queen of Glasgow headed for New York, in 1942. For one Carl Lanser, former lieutenant of the Third Reich Navy, it will always be 1942, and he will ride the ghost ship every night for eternity. In essence, he cannot escape his evil past and will remain marooned at sea.

For my client, his job search ended in success, and he was not a bad guy at all. He was only doomed to repeat his mistakes if he didn’t care to work on them, humble himself and find a wider mental lens to prepare for his more optimistic destiny. Don’t end up in an interview Twilight Zone, repeating mistakes and feeling stuck in the past. The future looks very bright for most of us willing to be more aware and participate in a more positive career journey.

Forbes Coaches Council is an invitation-only, fee-based organization comprised of leading business coaches and career coaches. Find out if you qualify at forbescoachescouncil.com/qualify. Questions about an article? Email [email protected].