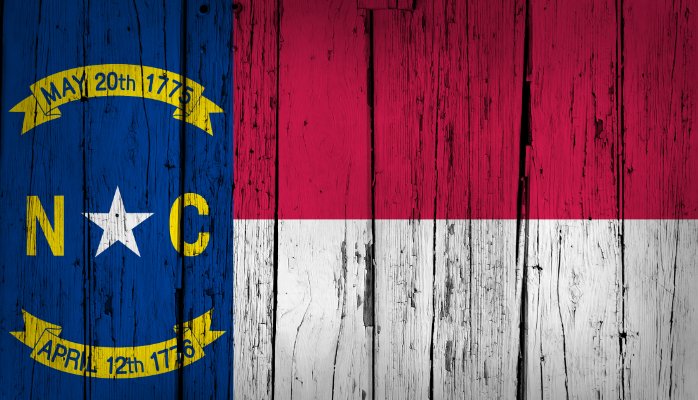 You can really draw any conclusion you want about North Carolina’s economic situation if you’re selective enough in your data. Optimists can cite rising GDP and falling unemployment numbers, while pessimists can point out that HB2 has already cost the state around $500 million dollars in lost revenue and that unemployment rates are one of the easiest statistics to manipulate and don’t really mean much on the surface. What is the true condition of the economy today in North Carolina? What should you do about it?

On June 1, 2016, according to Dr. Michael Walden, a noted economist who works at NC State University, the economy is in good shape. He cites the large increases in state GDP since the Recession of 2008, as well as the fact that both Charlotte and Raleigh are in the top 15 cities in the United States as far as metro growth goes. In April, North Carolina’s unemployment rate fell to 5.4 percent, the lowest it has been since the Great Recession began. While this is still slightly above the nationwide figure, Wells Fargo Securities economist Mark Vitner sees this number with optimism. Vitner claimed recently that North Carolina has been adding more jobs than the nationwide average over the last three years, which means this difference in unemployment rates should be narrowing. Current numbers for June hold up according to the latest employment numbers in the state even though the May job numbers nationally took a downturn.

Several figures indicate that North Carolina is in fact one of the friendliest states to businesses in both the Southeast and in the United States. According to ChiefExecutive.net, the state ranks 10th in the country in quality of workforce, largely due to the presence of an impressive array of higher education institutes, as well as a very reasonable cost of living throughout the state. In fact, ChiefExecutive.net goes so far as to rank North Carolina 3rd in the country in Living Environment for workers. A number of other rankings leave individual cities within the state with high honors. For example, Raleigh was rated the 2nd-easiest city in which to find a job in the country, as well as the 3rd best city for young professionals, both according to Forbes in December of 2015.

This data was put to the test in April 2016, when governor Pat McCrory claimed that North Carolina has witnessed the nation’s fastest-growing economy since 2013, when he took office. While our state was far from having the fastest growing per-capita income or the most rapidly-falling unemployment rates, North Carolina is home to the largest GDP improvement during that span. Even removing party affiliation cheerleading it is worth noting that the state is home to one of the most rapidly-increasing populations in the country, and it did, in fact, sport a growth rate among the nation’s top 8 in both of those years. All of this data is deemed “True” by political fact-checking site polifact.com; these increasing GDP numbers down show the entire picture.

Again according to Dr. Walden’s address to executives at CareerPro Inc. in Raleigh, things look good. The North Carolina recovery from the Great Recession has been the strongest in metro areas, such as the Triangle and Charlotte. However, rural areas continue to struggle, due to their historical reliance on manufacturing and agricultural jobs rather than the professional, technical, and service jobs that dominate in more urban areas. In fact, the unemployment rate for April in metro regions landed at 4.9 percent, lower than the 5.4 percent reported for the state as a whole. According to data from NCruralcenter.org, of the 50 counties with the highest unemployment rate at the end of 2015, 48 were classified as “rural”. Most of the urban and suburban counties were clustered around the opposite end of the spectrum with the lowest unemployment rates.

Dr. Walden sees the rapid rise of technology as a main cause for the decreased employment levels in rural counties. He says that while there are far fewer workers on farms than there were several decades ago, they are producing 6 times more output due to the increased usage of technology such as improved tractors, genetically modified crops, and telematics. Walden also links this decrease in available farming and manufacturing jobs to the increased weight placed on education in the state. He says that for the first time in history, many workers are facing the fact that their position may be eliminated due to technology in less than a decade, and will likely have to go back to school if they hope to learn new skills in order to be competitive in the job market. On the other hand, however, North Carolina does have an advantage in this regard, due to its large number of impressive colleges and universities.

What does this mean for the future? For the time being things look good in this election year. The turmoil of elections sometimes create a paralysis in government, a stasis almost. Walden and others may or may not agree on exactly what the future holds or how a change in state or federal administrations will affect the economy but if you are looking for work or to improve your career this is a good time to get in gear, search and prepare for the future. As we look into the future Walden sees a good chance for a light recession no matter who becomes president in 2018. That’s a good ways off and if you believe him it doesn’t sound dire, at least not for the thriving (for the most part) North Carolina economy. Now is the time to take action on your future and use an optimistic outlook to motivate you to improve your career, start your business, increase your state of things and take positive action now.